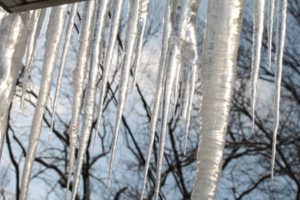 Last week I met with a BSR customer after the wake of one of our snowstorms. Last winter he had complained to me that he was having 500 lb. icicles falling off his roof onto his deck; which is about ten feet off the ground. He was very concerned. He told me that he liked the work that I had done for his neighbor across the street and asked me to help him with his problem.

I came up with a plan and a price. He had lots of questions for me, but after three weeks of questions he said I could have the job if I could get done in two weeks. I got the job done. Last week his roof was loaded with snow. I asked how the roof ice was doing. He said that he still had icicles, but nothing larger than his little finger and he wanted me to fix his other roofs.